The Western Front in the 1st World War

AUBERS RIDGE, FROMELLES AND WADHURST – The battles, the battlefields and more

Major and Mrs. Holt are internationally famous for their guided tours to battlefields, notably those of the First World War, and as authors of many books on the subject. 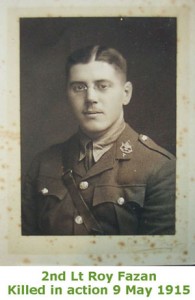 They had led the first British group to Aubers, the site of the fateful battle which had resulted in the deaths of 24 Wadhurst men on 9th/10th May 1915. Half of all the British war dead are “Missing”, i.e. they have no known grave, and their names are recorded on a number of memorials sited along the Western Front, including two in the Aubers region – La Bombe (Indian), and Le Touret (British) where the 24 from Wadhurst, all of them “Missing”, are commemorated.

The Holts set the scene for 1915: German plans for defeating France within six weeks in 1914 had failed, leaving the rival armies facing each other along a 400-mile trench line running from the Channel coast to Switzerland. One 4-mile stretch of the line (a mere 1% of the total) had witnessed significant battles in the space of 16 months, among them:- 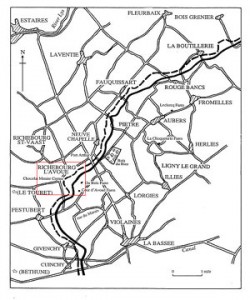 The Western Front near Aubers

In order to demonstrate the geographical scale of this bloody battlefield, the Holts cleverly presented a map of it with, overlaid around its perimeter, the relative positions of Tidebrook, central Wadhurst, Cousley Wood and Wadhurst station. The Royal Sussex Regiment, including the men of Wadhurst, had attacked and been killed at the extreme south-western end of this area.

Turning to the effects of the war on the village, “Wadhurst Back in Time” was warmly commended, especially Ken Jones’ research for its roll of honour, and examples were given of the usefulness of the Commonwealth War Graves Commission’s website for research.

Sights to be seen around the Aubers Ridge battlefield include many beautiful CWGC cemeteries, notably the unique new one at Fromelles; the remains of about 100 bunkers (including the ‘real’ and ‘phoney’ ones linked to Hitler); the Aubers village war memorial and the battlefield garden; and the Australian memorial incorporating the “Digger” statue.

Major Holt’s final point was that, when on battlefield visits, we should make time to stop and remember that these are all places where men fought and died. The speakers concluded by presenting the Society with a copy of their latest illustrated battlefield guide, “The Western Front – North”, for its library.